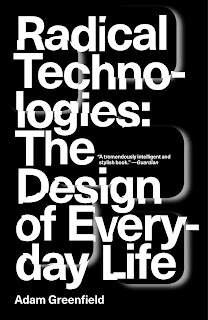 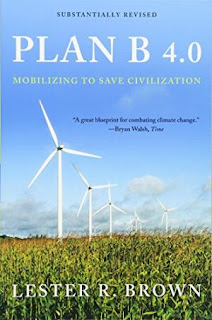 A look at the latest technologies, their promises and perils. Very intense. One of the few books I wanted to start over as soon as I was finished so that I didn't miss anything.

A plan for how we might fight climate change and its effects on civilization. Published in 2009, so it's more optimistic than it might be if it were published today. Hopefully we can get back on track in 2020. 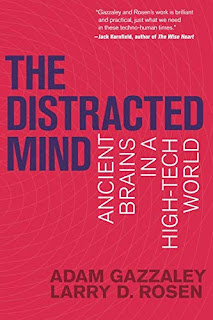 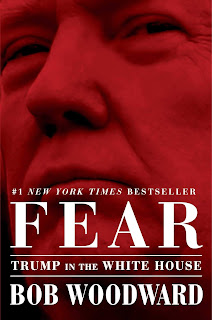 This is an deep dive into how the brain handles distractions, with a specific focus on newer technologies and their impact. Very good.


Everything you already knew about him, but more of it.

Posted by Rebecca L. Mugridge at 8:39 AM No comments:

A Collection of Novellas 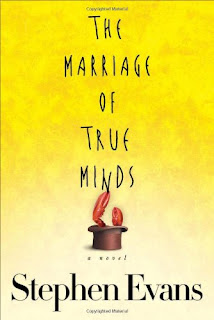 I was in the mood for shorter works of fiction this past week or so, and I read a number of short novels and two children's books.

The Marriage of True Minds was one of my favorites. It's the story of Lena, a lawyer who is called on to defend her ex-husband, Nick, who has committed crimes to make a point about animal rights and environmentalism. She finds herself agreeing to supervise his counseling and community service, to the detriment of her current romantic interest. This short novel is heartwarming and funny, and will keep you guessing until the end. 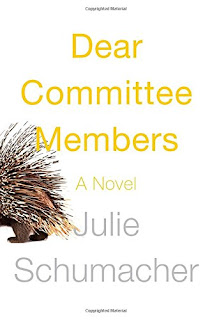 Dear Committee Members is an academic satire. It consists of letters written by professor Jason Fitger, as he responds to requests from students, colleagues, and others as they try to get jobs, get into graduate school, get into writing programs, etc. All I can say about this one is that while it's amusing to a certain extent, satire just isn't my favorite genre, so I got tired of it about halfway through. I speed-read my way through the rest to get a sense of how the story developed, but I don't feel that I missed a lot. I picked this book out because it was recommended a number of times on academic blogs that I read on The Chronicle of Higher Education, and Inside Higher Education; many readers found it hilarious, so I suppose I'm an outlier! 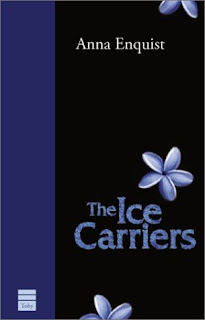 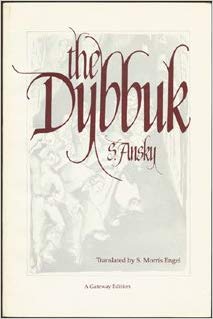 According to the blurb on the back cover of this book (which I have in advanced reader's copy/uncorrected proof form), "Anna Enquist is one of Holland's best loved and celebrated writers." However, I found this grim novel hard to like. Louise is a teacher of classical languages and Nico is an administrator in a hospital. They are both suffering the pain of losing a daughter, not to death, but to the unknown: she ran away six months ago just after she turned 18. They go through their joyless days, pretending that it didn't happen and never talking about her. Nico is promoted to hospital director, then proceeds to deteriorate psychologically until he falls apart. This short novel packs a lot of sadness into its 105 pages.

The Dybbuk is a ghost story in the form of a play written by Shloyme Zanvl Rappaport, who published under the pseudonym S. Ansky. I read it first in a comparative literature class as an undergraduate, and decided to re-read it this week. The dybbuk in question is the ghost of a young man who was promised to wed the daughter of another man. When the young man's father died young, the other man reneged on his promise, setting the stage for the tragedy that follows. Ansky died before the play became a big success; it continues to be staged to this day. This edition is illustrated very nicely with black and white ink drawings or watercolors. 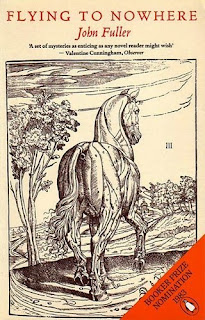 Flying to Nowhere is a short gothic mystery set in a monastery on a remote island. It begins with a grotesque scene of a priest insisting on taking a horse to the island on a boat; there isn't a good landing spot and the horse jumps out of the boat, breaking its legs on the rocks along the shore. That was enough to turn me off of this book (was that really necessary?), but I valiantly continued. Once on the island, the priest, Vane, interviews the Abbot and others, trying to find out what happened to the pilgrims who came to the island in recent months. The Abbot is clearly hiding something. I won't tell more about the plot, but it's not pleasant! 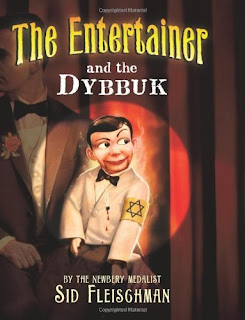 After reading The Dybbuk, I picked this book off of my shelves. Written for children, it's the story of a ventriloquist, Avrom Amos, who meets up with a dybbuk, who wants help getting revenge on those who were responsible for his death during the Holocaust. The dybbuk inhabits Avrom, and uses the dummy to draw attention to the war criminals still at large. I really enjoyed this book; it uses the repartee between Avrom and the dybbuk to draw attention to a very serious subject. 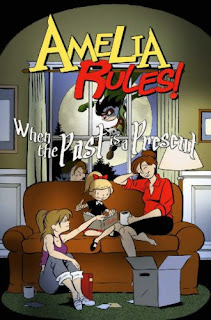 This is a cute graphic novel about Amelia, a girl who has had to move from the city to a small town. She hangs out with her friends, goes to a dance with a boy, finds out her mother is also going on a first date, and learns about her ancestors. The art work is very nicely done with great color. I think this would be appealing to most children; it's funny but also deals with issues that most would recognize from their own life.


Posted by Rebecca L. Mugridge at 4:45 PM No comments: